Falcon Studios says: When Roman Todd hops in the hot tub, he knows he wants some action, and he’s in luck when JJ Knight joins him for a soak.

The two lock in an embrace with a kiss as JJ jacks Roman under the water. When Roman is nice and hard, he gets out of the tub and lets JJ satisfy his curiosities by offing up his hard dick.

JJ takes it in his mouth and savors every inch as Roman moans out in ecstasy. Roman has his own cravings to satisfy and gets down between JJ’s legs to take a taste of the massive 10′ JJ has between his legs.

He loves what’s he’s getting and can’t wait to have it deep inside his ass. JJ can see that Roman wants his meat and opens the stud’s ass to lube it up with his mouth.

Both studs are ready to fuck and to Roman’s delight, JJ is eager to please. JJ bends Roman over by the side of the hot tub and rams his massive rod deep into the tight stud. 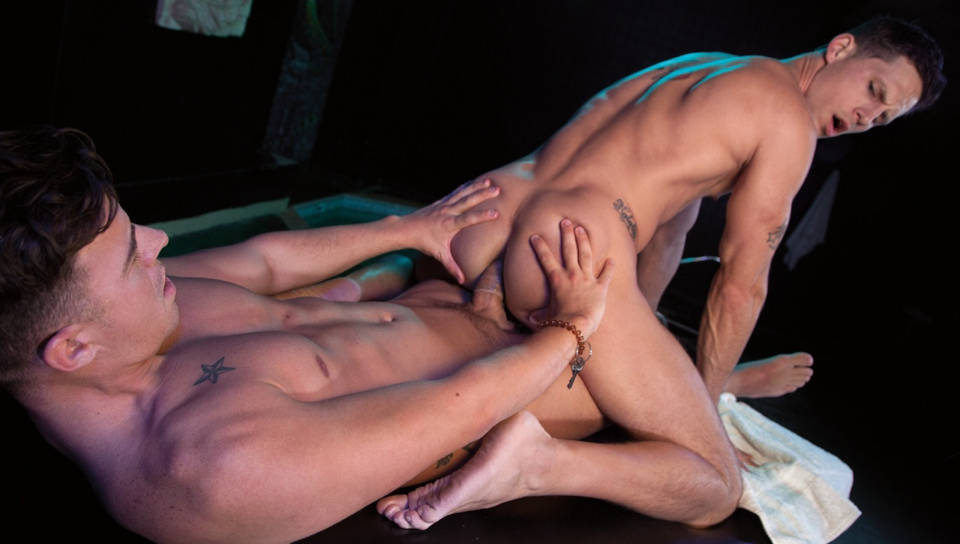